UN Mapping Report: Just Another Report With No Consequences? 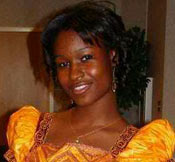 During the first week of December a number of events took place in Washington related to the Congo. FOTC research analyst, Saran Traore provides an overview and analysis of one of the events.

Johns Hopkins School of Advanced International Studies' (SAIS) Great Lakes Policy Forum, along with several partners have yet again hosted in its 15years a groundbreaking forum to help shape the discourse of one of the most troubling crisis at the dawn of the 21st century. The forum on December 2nd 2010 focused on the report released on October 1st by the UN Office of the High Commissioner for Human Rights. The report contains a mapping of the most serious violations of human rights and international humanitarian law committed in the Democratic Republic of Congo between March 1993 and June 2003. The report is much celebrated amongst activists because of its truthful and fact based investigation and its implications for justice for the people of Congo. It implicates Congolese and foreign parties responsible for abuses, including state and non-state armed groups from Rwanda, Uganda, Burundi, and Angola. The findings say the atrocities committed by the Rwandan Patriotic Forces, “if proven before a competent court, could be characterized as crimes of genocide.” In addition, the report also documents the pilfering of the Congo by multi-national corporations, and calls for reparations for the Congolese people.

The forum was broken into two panels, the first to address the next steps towards justice with the publication of the report, and the second panel to address implications for regional and US foreign policy. The first panel had Mvemba Dizolele, a SAIS visiting scholar and independent journalist, Carina Tertsakian, a Senior Research at Human Rights Watch's African Division, and Peter Rosenblum, the Lieff, Cabraser, Heimann & Bernstein Clinical Professorship of Human Rights Law at Columbia Law School. The second panel included Anthony Gambino, a former USAID Mission Director for the DRC and Independent Consultant and Laura Seay, an Assistant Professor of Political Science at Morehouse College. Peter Lewis, the Director of the African Studies Program at SAIS, moderated the program.
The discussion was vibrant from the onset as the panelists gave their take on the report and its impact. It is important to note that the report does not necessarily convey new information. There have been previous reports by the UN and other organizations that have detailed these events in the course of the ten years that it covered. The unique and “big deal” about this report is that for the first time there is a comprehensive official UN report detailing over 617 incidents in the time covered. The policy prescriptions or possible course of actions suggested in the report was also discussed in the forum. The one prescription that seemed to be favored yet posed a source of problems to accomplish was the establishment of a Tribunal. This tribunal, mirrored after the one in Bosnia, would possibly consist of Congolese and international judges, governed by Congolese law. It was suggested that universal jurisdiction be established to prosecute higher ranked military perpetrators.

The very first consensus was that there needed to be an initiative to make sure that the campaign for justice was geared towards helping the Congolese people. From the concentration on Eastern Congo to the root causes of the conflict, there is a skewed sense of where the focus should be in order to help the country on a recovering path. The panel was in agreement that the humanitarian crisis of the Congo is a product of the political disasters that have taken place in the country as a whole for the past couple of decades. It is also important to account for the fact that Eastern Congo is not all of the DRC. The problems stem from throughout the country and should be given the same attention. These misdirected concepts of the Congo may have led to the negative reactions that came up as a result of the report along side the positives. The report was “held hostage” by alleged perpetrators in the report, when in actuality the focus should have stayed on the DRC. The DRC has become an “appendix” of its neighbors in the grand scheme of things. Policies intended for the DRC are made to appease its neighbors, instead of the reverse.

The second panel addressing regional and US foreign policy in response to the implications of the report was intense in that it called for accountability both internally and externally. The Congolese have been deemed as being qualified to do the tasks needed to address the issues if given the political space to do so by its neighbors and international powers. The Congolese would also need to address the role that its own national army has played in the violence and continues to play. Regionally, all the countries named in the report for their part in the incidents in the past and current crisis will need to be held accountable. The obvious issue is that no current state in the Great Lakes is ready to openly admit to their involvement in these reported incidents.

Although the US is gradually expressing any displeasure with countries in The Great Lakes that have been contributing to the destabilization of the DRC, it has yet to clearly express any actions it wishes to take in light of the UN report. The Friends of the Congo has posited several reasons for the silence and lack of action on the report. Many individuals serving in the current Obama administration, also served in either the State Department or in a diplomatic position when the incidents of 93-03 had taken place under the Clinton administration. US Ambassador to the UN Susan Rice is a standing example, as she was the Assistant Secretary of State, Africa Division in 1996. Some believe that the lack of definite action or even comment from the diplomatic realm of the US could be guilt and shame for their lack of action during these incidents. No genocide intervention groups in Washington DC have engaged this issue since the release of the report. To have ignored these crimes against humanity so long ago, and to have the same issue come back so many years later for lack of action is a cause for embarrassment and explanation. One should hope, as we at FOTC do, that this report be viewed as a second chance for all involved parties to finally bring about justice against these heinous crimes that did occur on their watch.

Click here to join the global call for justice for the people of Congo.