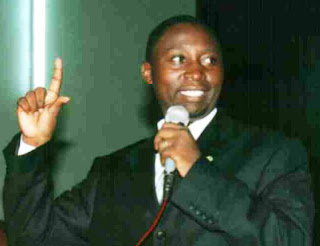 (FDU-INKINGI)
Today, in a long waited Declaration Of The Democratic Green Party of Rwanda, Mr. Frank HABINEZA's party left the Permanent Consultative Council of the opposition parties in Rwanda-PCC.
Today, after Ms. Victoire INGABIRE's lawyer introduced yesterday a request for immediate release because of illegal detention after the expiration of the second 30-day preventive detention, the National Prosecution Authority has petitioned the High Court for the evidential stage of the trial. The defendant has not yet been informed about the official charges pressed against her.
Tomorrow 08:00 AM, the Intermediate Court of GASABO is hearing the lawyer's petition for immediate release. There is no doubt that this is another Prosecutor's trap to fool the Court that the case is already ready for trial in order to maintain Madame Victoire INGABIRE in prison.
The FDU-INKINGI party takes good note of Mr. HABINEZA's painful decision after many months of swings, panic, endless agony and unpredictable political position. This is a relief for all. Knowing the Machiavellian nature of the ruling party RPF and the never honoured iron-and-stick deals, we remain sceptical about this new marriage of convenience. This is the irony of a hunting predator, stalking his prey, waiting for one to go astray and be separated. We are always open to work with all those fighting for democracy, the rule of law, justice and a lasting solution to the Rwandan crisis. Though, Mr. Frank HABINEZA abandons his two co-founders of the PCC in maximum prison for politically motivated charges, we remain proud of what we have achieved together since the creation of the PCC in February 2010. The history will always remember our colleagues who were assassinated, like the late André KAGWA RWISEREKA, his Vice President, and we remain indebted to those courageously enduring the fist of the dictatorship and particularly those in detention like Ms. Victoire INGABIRE UMUHOZA, the Chair of FDU-INKINGI, and Mr. Bernard NTAGANDA, the Founding President of PS IMBERAKURI, or other democracy martyrs.
Sylvain SIBOMANA
FDU-INKINGI
Interim Secretary General.

The product, according to the brand, can be applied throughout the day on dry hair if
one's hair is medium to very coarse. Since these goods are made from plant extracts, seed oils and hair only twice in a week. Generally, these products are more expensive than their watered-down counterparts, but you can find a few affordable pure silicone hair products (see below).