From Radio Netherlands Worldwide
The search of the premises of Rwandan politician Victoire Ingabire on Monday morning in Zevenhuizen, the Netherlands, has shocked politicians in the political capital The Hague. MPs from Dutch parties PvdA (Social-Democrats) and the ChristenUnie (Christian Union) demand an explanation from Justice Minister Ivo Opstelten. 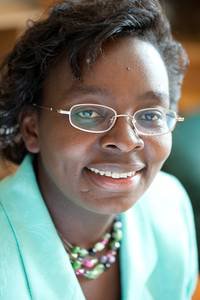 “This raises many questions,” said Jeroen Recourt, PvdA MP and judiciary spokesman. “How can it be that the Department of Justice obediently conducts a search, upon Rwanda’s orders, while at the same time the Netherlands has serious doubts whether the Ingabire lawsuit will result in a fair trial? The Justice Department and the Ministry of Foreign Affairs haven’t communicated with one another properly.”
“Of course, the Netherlands complies with foreign judicial requests. But in this country this is a very sensitive case. In the Netherlands we don’t want to participate in political persecution,” said Recourt.
Cell
Mrs Ingabire, leader of the Rwandan opposition party UDF, is imprisoned in the capital Kigali, where she is awaiting trial. The Justice Department in Rwanda suspects her of terrorist activities and is looking for evidence.
After the 1994 genocide, Ingabire left with her husband and children for the Netherlands, where they started a new life. On Monday, Dutch detectives searched the family house in Zevenhuizen, near Rotterdam.
Joel Voordewind, MP for the ChristenUnie, is upset. “Why would the Dutch government carry out orders from Rwanda, while that very same government is cutting the direct financial support to Rwanda out of concern for the human rights situation in the country?”
Assistance
Rwanda and the Netherlands don’t have an extradition treaty, but they are entitled to mutual legal assistance. “A request for a search can be a kind of legal assistance,” says Gert-Jan Knoops, Dutch lawyer and an expert in international law. “The Justice Minister needs to approve every single request.”

Christian-Democrat MP Cortuz Coşkün is opposed to politically-fuelled lawsuits. Still, in this case he exercises much restraint. “Any request from Rwanda or China could turn into a license not to conduct a judicial inquiry. Even if the suspect might have misbehaved. You don’t know what’s behind this search, and neither do I!”
Both PvdA and ChristenUnie will raise questions on the issue in Parliament on Tuesday afternoon