by the Permanent Consultative Council of Opposition Parties in Rwanda (PCC)

The Permanent Consultative Council of Opposition Parties in Rwanda (PCC), which brings together the United Democratic Forces-FDU Inkingi, the Democratic Green Party of Rwanda and the Social Party Imberakuri, is calling for the immediate and unconditional release of Ms. Victoire Ingabire Umuhoza and the release of all other political prisoners.
On Oct. 14, Ms. Ingabire was arrested and incarcerated in Kicukiro police custody on seemingly politically motivated charges of forming a terrorist organization. The Coalition of Democratic Forces (CDF) is alleged to be the military wing of FDU-Inkingi. 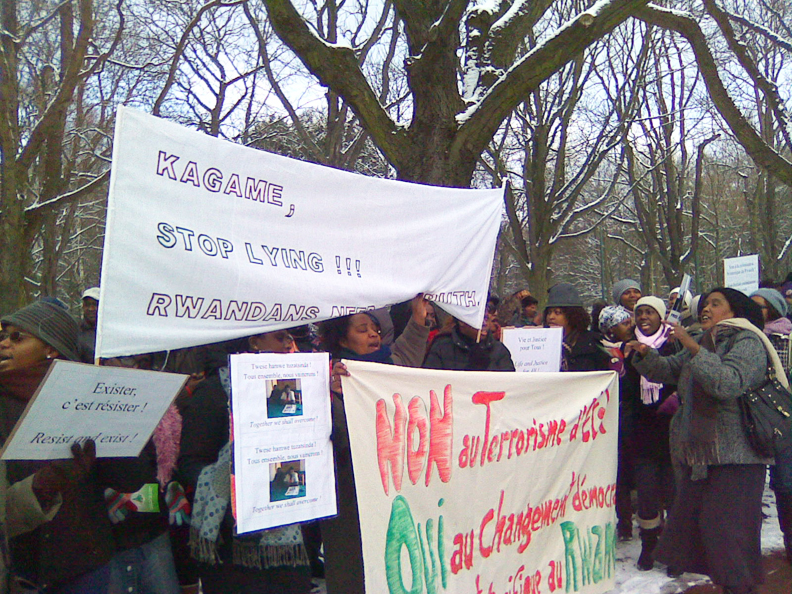 Members of Rwanda's three opposition parties rally in Brussels on Feb. 10, 2010.
She had been imprisoned in April 2010 and later released on bail but has since then been under extended house arrest. She has never been given a chance to fairly confront her accusers in a court of law. She has never been a flight risk or a threat to the community. All of the three opposition parties that challenged the Rwandan Patriotic Front-led government have undergone serious and dangerous trials.
The government refused to register the Democratic Green Party of Rwanda after a whole year of risky peaceful struggle that was started on Aug. 14, 2009. Its Vice President Andre Kagwa Rwisereka was found beheaded on July 14, 2010.
They also refused to register the United Democratic Forces-FDU Inkingi, and many of its members have been imprisoned or released on bail.

The Social Party Imberakuri had managed to get registered in July 2009 but was later broken up into several factions, one of them now in the government’s Political Parties Forum. Its founding president, Maitre Bernard Ntaganda, has been in prison since June 24, 2010. He is reported to be in very critical condition at King Faycal Hospital after Kigali Central Hospital was unable to treat him.

•We urgently call for the immediate release of Ms. Victoire Ingabire Umuhoza with no further conditions.
•We demand an immediate release from prison of Mr. Bernard Ntaganda, who has been detained since June 24, 2010, and is now facing serious health conditions, which may claim his life.
•We demand an immediate trial of the killers of the late Andre Kagwa Rwisereka, vice president of the Democratic Green Party of Rwanda, and we still call for an international independent inquiry and an independent autopsy as Human Rights Watch has already requested. 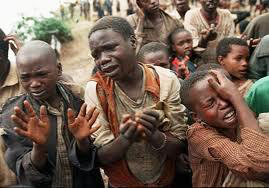 Nanokeratin locks onto the hair, forming a fine, smooth coat of keratin.
Since these goods are made from plant extracts, seed oils
and hair only twice in a week. It has been proved that products which contain vitamins will strengthen your hair.

"Organic Mulch) (University of Illinois at Urbana-Champaign, NRES-19-97). Owning a regular lawn mower does not mean you have to give up on mulching your yard; you just have to be willing to do some work. In this same respect, mulch aids in the prevention of soil splashing onto plants.

payday advance loans was
capable of provide mortgage loan at an interest rate almost 1 per cent under any other loan company and so they did it without having any same day loans no fees delay or modifications.
I have presently advised Themoneystore to many
buddies and co-workers thinking about refinancing.

They've got the best price out their and so they quick loans honor them.

GOOD DAY AND WELCOME TO STANDARD ONLINE FINANCE LTD
Do you need 100% Finance? I can fix your financial needs with a lower back problem of 3% interest rate. Whatever your circumstances, self employed, retired, have a poor credit rating, we could help. flexible repayment, Contact us through our E-mail at: standardonlineinvestment@gmail.com

Apply now for all types of loans and get money urgently!
* The interest rate is 3%
* Choose between 1 and 35 years of repayment.
* Choose between monthly and annual repayment plan.
* Terms and conditions of the flexibility of loans.